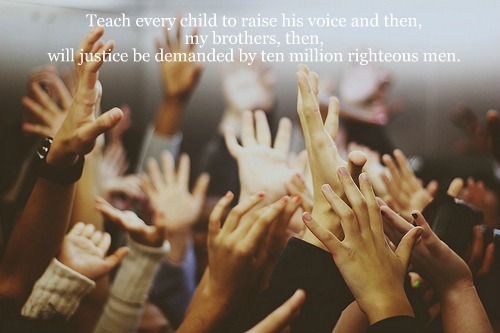 Power, yes power, real power, your own power, powerlessness,
power-hungry, fear of power - curiously enough the word power
has unpleasant associations in our minds.
We think of power hungry politicians and their destructiveness,
exploitation and manipulation of others.
We associate power with our leaders whom we deem to be
selfish, egotistical and uncaring of others.
So much that some people think that politicians are like diapers,
they should be changed frequently and for the same reason.

See under democracy one party devotes its energies in proving
that the other party is unfit to rule - and they are both right.
So much so that now it is a widespread world phenomenon that,
politics is a cross between popularity contests and high school debates!!
Politics shall forever remain to be the gentle art of getting the votes from the poor
and the campaign funds from the rich; by promising to protect each from the other.
And political language? It is designed to make lies sound truthful,
and if voting actually changed anything, they'd make it illegal.

You gotta give it to a man who promises to build you a bridge,
even when there is no river.
See politics is the art of looking for trouble,
finding whether it exists or not and applying a totally wrong remedy for it.
Otherwise how can you explain the winners?
how do they win without proving that they are unworthy of winning?
Then the bad officials are elected by good citizens who do not vote; and
Once we take responsibility for our in-actions the whole ball game changes,
If all politicians are bad, and we'd all like to vote for the best man;
then why is he is never the candidate in the stands?

If we looked at our leaders and gave them the respect they deserve,
If we started to be responsible for our own lives and the mess we create,
If we upheld all the small changes the politicians actually generate,
If we were to pay more attention of all the legislations passed,
If we sculpted our children to be better men and women who ever walked this earth,
If we stopped living in the past and constantly comparing them to dead heroes,
If we as a nation stopped being like tigers with a mistaken idea that we are sheep,
then we will realise that Mr. Politician is misunderstood and deeply weeps,
of the heavy burden he is carrying and condemned for mistakes he never committed,
for if one man could change the system , you could too and why don't you?
So please give Mr. Politician a break, he is doing all he knows how to.

Email ThisBlogThis!Share to TwitterShare to FacebookShare to Pinterest
Labels: politics

Thought of the Day

When Life throws you a hundred reasons to cry, show Life that you have a thousand reasons to smile. ~ Unknown